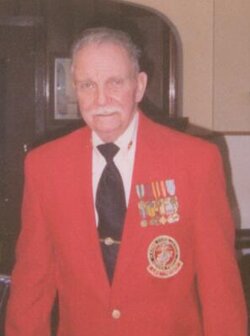 He was born on July 3, 1932 in Brockport, NY the son of the late Leonard and Violet (Brown) Yale.

Carl was the Vice Commandant of the former U.S. Marine Club in Sheridan. He loved animals especially Great Danes.

In addition to his parents Carl was preceded in death by three brothers, Leonard Jr., Robert and Keith Yale.

Friends may call at the Hole-Parker Funeral Chapel, 160 Central Ave. Silver Creek, NY on Tuesday, September 28, 2021 from 6 to 8 PM, where a funeral service will be held on Wednesday, September 29, 2021 at 10 AM. Interment will be made in the Mt Carmel Cemetery, Silver Creek.

To send flowers to the family or plant a tree in memory of Carl Yale, please visit Tribute Store
Print
Tuesday
28
September