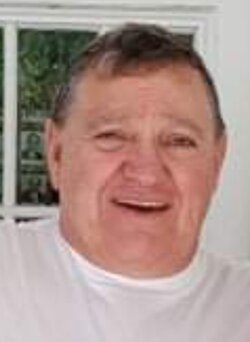 Nick was born on May 18, 1947 in Kane, Pennsylvania to the late Nicodemo J. Piccolo, Sr. and Eva Mae

Nick spent his childhood living in Silver Creek and throughout northwestern Pennsylvania, spending his

last few years of high school in Indianapolis, Indiana, sharing a home with his cousin/surrogate mother,

Creek where he met his future wife and soul mate, Connie Waugh, who he vowed to love forever and a

Nick and Connie were approaching 55 years of marriage, having wed on April 21, 1967. Together, Nick

Gina Piccolo. For the past 26 years, they have had the joy of sharing in the lives of their four beautiful

first great-granddaughter, Taylor’s daughter, Caroline. Nothing was more important to Nick than family,

and his family provided him with a never-ending source of pride and joy.

Nick spent his career working as an electrician in the steel industry, retiring from both Al Tech Specialty

Steel Corporation and Special Metals. For a number of years, while working at the steel plant, Nick was

also self-employed as an electrician. His business motto was, “no job too small.” He was the type of

electrician that could be relied upon for jobs both big and small. He wasn’t in it to make the most

money, he was in it to help those who needed it. Following his second retirement and until May of

2020, Nick served as a driver for the Dunkirk-Fredonia Area Meals on Wheels program. While making

meal deliveries, Nick always took the time to visit with his clients, and it’s unclear who enjoyed those

visits more – the clients or Nick.

During his years at the steel plant, Nick also was an active member of the United Steelworkers Local

2693. He held several different leadership roles within the union, including steward, department

secretary for the United Steel Workers Local 2693. In 2003, Nick was an integral member and lead

negotiator of the Union Negotiating Team, successfully negotiating new contracts while his employer

was under Chapter 11 Bankruptcy proceedings, and again in 2008, after the company emerged out of

In addition to his long career as a skilled tradesman, Nick spent many years in public service to the

endorsed by both the democratic and republican parties when running for mayor. Some of Nick’s many

and securing FEMA funding to reimburse the village for expenses incurred during the flood.

Nick impacted the lives of countless young people over the years, serving as a coach for little league,

girls’ softball and modified football. Coach Pic’s passion for sports was contagious, and it gave him

community. In addition to his years spent as a coach, Pic was an accomplished athlete in his own right,

playing fast-pitch softball for years in multiple leagues throughout the western New York area. Nick was

elected into the Western New York Softball Hall of Fame as a catcher in the class of 1992. He was also

honored as a member of the Grape Belt Players and Coaches Association in the class of 2005.

Anyone who had the pleasure of knowing Nick knew that he was a true people person. Nick never met a

stranger – only future friends. One of Nick’s greatest joys was creating greeting cards for every occasion

from holidays to birthdays to anniversaries and other special events. Everyone looked forward to

receiving Nick’s personalized and heartfelt cards and this year, he happened to send his cards out early.

So many commented on how happy they were to have already received his Christmas cards this year,

which was made all the more poignant by his untimely passing.

Nothing gave Nick greater joy in life than his family, his friends, and his faith. His life was enriched by his

relationship with the Gage Chapel Community Church, where he and Connie have been faithful

members for over 25 years. His commitment and love for his church community was evidenced by his

roles as deacon and as an integral member of various church projects over the years. Nick was also the

epitome of what it means to be a good neighbor. Every winter, both he and Connie could be found

snowblowing their own driveway, along with the driveways of several of their neighbors. If anyone

needed a helping hand, Nick was always found with Connie, first in line.

In addition to his parents, Nick was preceded in death by his brother, Francisco Piccolo and sisters Cora

Lalonde and Pearl Connolly. Left to cherish his memory with his wife, children and grandchildren are his

brother-in-law and sister-in-law Steve and Carol Waugh of Fredonia and their daughters Tara, Melanie

and Mindy, “brother” Jimmy McLaughlin and his wife, Vicki, niece Cheryl and her husband Bud, Connie’s

family in Kentucky, Arkansas and West Virginia, his sister Patricia Vaugh, along with countless co-

workers, colleagues and friends, and his beloved cat, Smokey.

To send flowers to the family or plant a tree in memory of Nicodemo Piccolo Jr., please visit Tribute Store
Print
Friday
10
December