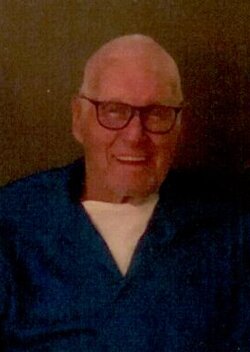 Donald C. “Don” Rice, 87, of Cassadaga, NY passed away Sunday morning November 21, 2021 at his home with his loving family at his side.

He was preceded in death by two brothers, Lynn and Gerald Rice and two sisters, Janice Copeland and Betty Kestner.

Don attended Eden Central School and graduated from Plant City High School, Plant City, FL. in 1953 and served in the U.S. Army from 1957 to 1959, U.S. Army Reserve until 1963. He was a carpenter and millwright for the Carpenter’s Union Local #9 in Buffalo, NY. Don worked on numerous projects in WNY and was very proud to have helped build the Ralph Wilson Stadium.

He had a gregarious personality who made instant friends with anybody he met. He enjoyed square dancing with Marie, playing cards (euchre), playing baseball, coaching hardball and softball. Most of all he loved spending time with the family, especially his grandchildren.

To send flowers to the family or plant a tree in memory of Donald Rice, please visit Tribute Store
Print
Saturday
18
December