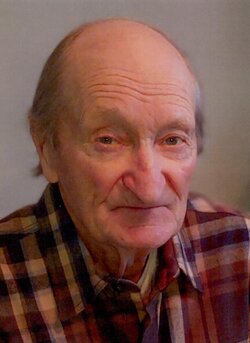 Donald F. Bradigan of Forestville, NY died on Monday, January 24, 2022 in the only

house he ever lived in at the age of 80.

He was born March 6, 1941 in Silver Creek, NY to the late Richard E. Bradigan

He attended Forestville Central School and worked at Bailey Manufacturing before

entering the US Army in 1964. He served three years in the 126th Maintenance

Battalion. The time stationed in Germany, the only years he was away from the Creek

Road family farm and that was perfectly fine with him.

He worked at Al-Tech Steel Plant for thirty years, always working the third shift so he

could spend the daytime hours at his second full-time job on the farm. After retiring in

1997 he worked the dairy farm, the fields, the grape vineyard, and seemingly “collected”

Donald is survived by his brother Richard L. Bradigan (Marlene) of Forestville, NY and

Donald was well-liked and highly thought of in the community. He was known as kind,

generous, helpful, even-tempered, and a very hard-working Christian man. He

“Uncle Don” to live at home safely and with dignity. The family is forever grateful to

Madelyn Bradigan. “When you live in the hearts of those that love you, you do not die.”

A Memorial Celebration of a Life Well Lived will be held at the farm in June, 2022.

If desired, Don can be honored with a contribution to the DUNKIRK-FREDONIA MEALS

on WHEELS or charity of your choice. Arrangements have been entrusted to the Hole-Parker Funeral Chapel, 160 Central Ave. Silver Creek, NY. Please share remembrances and condolences at www.holeparkerfc.com.