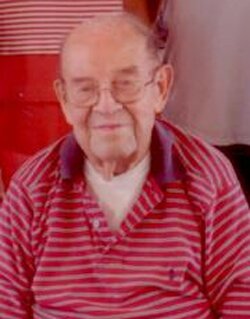 Carlton W. Mohart, 98, of Silver Creek, NY passed away on Thursday morning, February 24, 2022 at his home. He was born in Silver Creek on September 1, 1923 the son of the late Clarence and Mildred (Frone) Mohart. He was an avid storyteller. Whether it was sharing about growing up as the oldest child of a commercial fishermen with his four siblings in Irving and Sunset Bay or guarding the bridge in Irving at the beginning of WWII or traveling across the Atlantic Ocean and through the Mediterranean as a Navy soldier on a Liberty Ship during World War II or as an iron worker in Western New York, he always had something to share. Even though he had steady work with Iron Workers No. 6, he kept himself busy in his downtime as well. Carlton had a Christmas tree farm in Leon then later a grape farm in Irving. Just for fun one year, he decided to put his welding skills to good use and built himself a boat that he took out on the lake for many years until he decided to sell it. He lived in Silver Creek and Irving his entire life. He was an active member in the Silver Creek senior citizens until shortly before his passing and he helped with groundskeeping and building maintenance. Carlton was a founding member of the Silver Creek VFW. He was also a long- time member of First United Church and later First United Presbyterian Church of Silver Creek. He enjoyed fishing on Lake Erie and even tried his hand at commercial fishing for a summer. As the oldest of five children, Carlton decided to go to work after finishing the eighth grade from Silver Creek School.  He received an honorary high school diploma from Silver Creek Central School in 2001. Carlton worked at American Locomotive prior to joining the U.S. Navy in World War II.  Upon returning from the war, he joined Iron Workers Local #6 and worked on re-enforcing rods (rod buster) for 35 years.  He mainly worked on bridge decks beginning with NYS Thruway bridges and overpasses and many buildings from the SUNY Fredonia campus to Buffalo General Hospital to GM Tonawanda Engine Plant.

In his last months, Carlton was lovingly cared for while in Chautauqua Hospice and by his son Michael, daughter-in-law Catherine and niece Carol and his beloved dog Sparky.

Friends may call at the Hole-Parker Funeral Chapel, 160 Central Ave. Silver Creek, NY on Saturday, March 19, 2022 from 9 to 11 AM, where a memorial service will be held at 11 AM. Interment will be private in the Glenwood Cemetery.

To send flowers to the family or plant a tree in memory of Carlton Mohart, please visit Tribute Store
Saturday
19
March