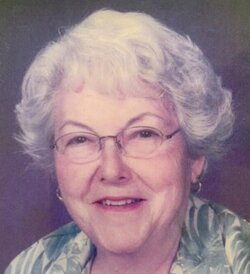 She was born in January of 1923, in Silver Creek, NY one of 11 children of the late Thomas and Jennie (Fadale) Militello.

Carolyn graduated from Silver Creek Central School in 1941.  She continued her education at Buffalo State Teachers’ College in Buffalo, NY where she earned a Bachelor’s Degree and a Master’s Degree in Education. She taught thousands of students and enjoyed her career as a home economics teacher in three school systems, Clymer (1945-1947), Forestville (1950-1963) and Silver Creek (1963-1979). She was a senior class adviser for several years at Silver Creek High School. She was married to the late Norris Ray Wilder (1946-1966) and the late Richard Dougherty (1974-1996). She is a past president of the former Silver Creek Business and Professional Women’s Club, where she was the “Woman of the Year” in 1979.

Carolyn was lifelong area resident and member of Our Lady of Mt. Carmel RC Church in Silver Creek.  She served as a Eucharistic Minister for many years. When asked about the secret to her long life, she said to be kind, stay active and a good diet. She was always very interested in health and nutrition, the study of foods and their use and benefit to our body. She enjoyed sewing, knitting and was an excellent cook.

In addition to her parents and her two husbands, Carolyn was preceded in death by a son John Wilder.

A Mass of Christian Burial will be celebrated on Saturday, March 5, 2022 at Our Lady of Mt Carmel RC Church at 10 AM. The family suggests contributions in memory of Carolyn to the St. Columban’s Retirement Home on the Lake, 2546 Lake Road, Silver Creek, NY.  A Celebration of Life will be scheduled for July.

To send flowers to the family or plant a tree in memory of Carolyn Dougherty, please visit Tribute Store
Print
Saturday
5
March