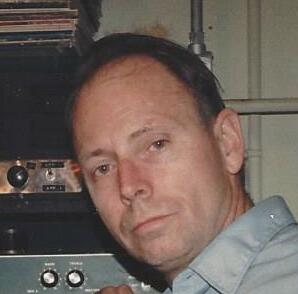 Please share a memory of George to include in a keepsake book for family and friends.
View Tribute Book

George J. Olinger Jr, 87 of, Irving, NY passed away on Aug. 28, 2022 at Buffalo General Hospital.  He was born on April 24, 1935; the only child of the late George J. and Anna Jean (Joyce) Olinger. He leaves behind three sons: Tim and John Olinger, both of Rochester, NY, and Robert Sanderson of Hudson, FL, along with a daughter, Kris (Robert) Bourkney of Langford , NY. George was also survived by nine grandchildren: Josh and Delainey Olinger, Amber Moritz, Jordan and Samantha Sanderson, Taylor Fox, Sean and Alexis Bourkney along with three great-grandchildren: Lucas and Andrew Mortiz and Thomas Fox.

George was born in Buffalo, NY, but grew up in Kenmore and Sunset Bay.  Later he moved to Gowanda, NY where he worked part-time as a projectionist at the Hollywood Theater until returning back to Irving.  After retiring from Eastman Machine, he became an active volunteer with the Sunset Bay Fire Department.  While at the SBFD, he held many positions throughout his lifetime.  George enjoyed many activities including boating, motorcycling, and tinkering in his workshop.  He spent many days of his retirement landscaping for his neighbors in the Bay until the day he passed. He was a fixture in the community and loved by the many lives he touched.  George was also a devout Catholic and member of Our Lady of Mt. Carmel RC Church.  A Memorial Mass will be held on Saturday, Sept. 24, 2022 at Our Lady of Mt. Carmel RC Church located at 165Central Ave., Silver Creek, NY at 10:00 AM.  A luncheon will be served at the Sunset Bay Fire Hall following the service.  Arrangements have been entrusted to Hole-Parker Funeral Chapel, 160 Central Ave. Silver Creek.  Please share condolences at www.holeparkerfc.com.

To send flowers to the family or plant a tree in memory of George Olinger, Jr., please visit Tribute Store
Print
Saturday
24
September